Electronics City, usually referred to as Electronic City, is an IT center in Anekal Taluk, Bangalore Urban area in the Indian state of Karnataka, India. It is among India's biggest electronic commercial parks, topped 332 acres in Konappana Agrahara and also Doddathogur towns, inside Bangalore, India. 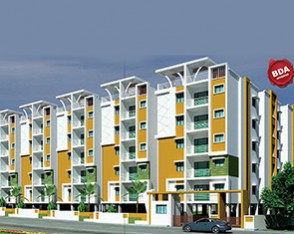 Bangalore is one of the fastest developing cities in our country. It has a huge IT hub which houses many of the country’s prominent IT companies. You will be surprised to know that these companies have chosen Bangalore because of the amazing infrastructure and the quality of man power available there. There are many different establishments that have cropped up over the years along with these IT companies. Real estate is one of the biggest boons in the city as of now. Many real estate companies have invested in large projects in Bangalore. One such project is the Electronic city.

Electronic city was divided into 3 segments based on the development – Phase l, Phase ll and Phase lll.

This was the first phase of this huge area. It was to have some of the larger building and even have few international chains of restaurants like KFC. Bangalore is known for their high valued real estate, so it was no wonder when many different real estate buildings came up that were not only architecturally strong but very pleasing to the eyes. The offices built were as per the standards of international architecture. Many firms and multi-national companies came together to help Bangalore become the silicon value of India.

This phase also included many different restaurants and hotels. Most of the restaurants were built as places to visit for the corporates working in these offices. Many of the international fast food chains collaborated with the developers to open their chain stores in these places. There were many different hotels as well that opened up in these places. These were all high class corporate hotel that would be house the different corporates coming down from different parts of the world.

Another very good thing about this phase 1 is that it is very well connected to the main city. The conveyance and the connectivity played a major role in the sudden upliftment of this area. As the place develops more there is hope that the local conveyance will get even better and travelling will not be a problem at all. There will be more buses plying to and fro from the Electronic city and the main city.

This Electronic city is becoming a very important part of our economic development. Bangalore’s real estate scene has dramatically improved since the city had been planned. The prices of real estate in Bangalore is on the uphill and will be remaining so for quite some time now.